If Not Now, When? Achieving Equality for Women Attorneys in the Courtroom and in ADR 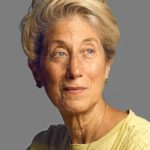 As part of our commitment to advancing women in the legal profession, the Institute hosted retired United States District Judge Shira Scheindlin on October 23 to discuss the New York State Bar Association's 2017 report, "If Not Now, When? Achieving Equality for Women Attorneys in the Courtroom and in ADR." Judge Scheindlin led the New York Bar's Commercial and Federal Litigation Section's Task Force on Women's Initiatives that prepared the report.

The report documents a significant disparity in the number of female attorneys versus male attorneys who appear in speaking roles in federal and state courts in New York. And, there is every reason to believe the disparity is national. The report outlines actions that can be taken by the bench, the bar and clients to remedy this decades-old disparity. Since the publication of the report, Judge Scheindlin has been speaking throughout the country on achieving equity for women attorneys in the profession.

On the federal district court in Manhattan, Judge Scheindlin was known nationally for her pioneering decisions on electronic discovery, the NYPD's stop and frisk program, and many other areas of law. Since retiring from the bench in 2016, Judge Scheindlin has received numerous prestigious recognitions for her achievements and she serves on many national law committees and non-profit boards.  She is of counsel with the New York office of Strook, Strook & Lavan LLP and serves as a mediator, arbitrator, and special master.

The Lowell Milken institute was delighted to co-sponsor this event with UCLA Law Women LEAD and the Williams Institute.

This was a private event, open to UCLA School of Law students, faculty, alumni and invited guests.