A Conference and Micro-Symposium on Competing Theories of Corporate Governance 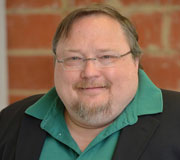 UCLA School of Law and the Lowell Milken Institute for Business Law and Policy sponsored the conference.

Several conference participants contributed very brief essays which have now been published by the UCLA Law Review’s online journal, Discourse.  The essays provide a concise but powerful overview of the current views of many of the leading legal academics on corporate governance.

Stephen M. Bainbridge, The William D. Warren Distinguished Professor of Law at UCLA School of Law, in his essay, An Abridged Case for Director Primacy, argues that decision making power should be vested in the board of directors because shareholders have widely divergent interests and asymmetrical access to information which makes them less effective corporate decision makers.

Christopher M. Bruner, Professor of Law and Director, Frances Lewis Law Center, Washington and Lee University School of Law, in his essay Corporate Governance Theory and Review of Board Decisions, examines the various level of judicial review applied to corporate decision making under each of the three models of corporate governance and concludes that, on balance, none of the competing models provides a compelling descriptive account of judicial review outcomes.

Lisa M. Fairfax, Leroy Sorenson Merrifield Research Professor of Law; Director of Conference Programs, C-LEAF, The George Washington University School of Law, in her essay Toward a Theory of Shareholder Leverage, argues that recent shareholder activism has not resulted in a regime of shareholder primacy but rather shareholder leverage on specific issues.

Robert T. Miller, Professor of Law and F. Arnold Daum Fellow in Corporate Law, The University of Iowa College of Law, in his essay The Board Veto and Efficient Takeovers, argues in favor of directors’ ability to veto takeover proposals favored by shareholders by using Air Products and Chemicals, Inc. v. Airgas, Inc. as a case study.

David Millon, J. B. Stombock Professor of Law, Washington and Lee University School of Law, in his essay Team Production Theory:  A Critical Appreciation, offers a critique of Margaret Blair and Lynn Stout’s team production model of corporate governance by arguing that directors don’t behave in the ways predicted by the theory, and that such behavior is accounted for by a traditional model of shareholder primacy.

Stefan J. Padfield, Professor of Law, The University of Akron School of Law, in his essay Citizens United, Concession Theory and Corporate Social Responsibility, argues that the concession theory of corporate personality can be used to support arguments in favor of mandatory corporate social responsibility.

Usha Rodrigues, Associate Professor, The University of Georgia School of Law, in her essay David and Director Primacy, offers an alternative critique and justification of Stephen Bainbridge’s director primacy model.