On Wednesday, April 19, 2017, six teams competed in the Final Round for the Lowell Milken Institute-Sandler Prize for New Entrepreneurs. Two prizes were awarded by the blue-ribbon panel of judges: a first place prize of $70,000 and a second place prize of $30,000. The prize money must be used for the ventures created by each of the winning teams. 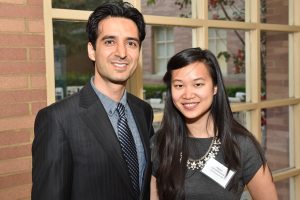 chanodontics won the $70,000 first place prize.  Mechanodontics has developed a new and revolutionary type of dental braces system for orthodontic treatment. Its braces are designed  to be the most hygienic and aesthetic option, while reducing overall treatment time by half and cutting the number of visits to the clinician by 75%. The Mechnaodontics braces system also reduces the overall pain and discomfort of traditional braces. 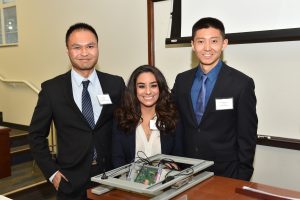 YT AG. was awarded the $30,000 second place prize.  YT AG. is developing a system for monitoring the health of bee hives used by the commercial pollination industry. The commercial pollination industry maintains millions of beehives to pollinate food crops. Beehive health is critical for food production. YT has created a monitor for beehives that monitors nine different conditions of the hive that beekeepers can use to treat the hives and prevent diseases and other problems. 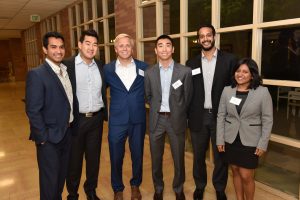 Joel Feuer, Executive Director of the Lowell Milken Institute for Business Law and Policy, which administers the competition said, “All six finalist teams made excellent presentations. I was privileged to sit with the judges and listen to their deliberations. This was a very difficult decision because all the teams made compelling cases for their ventures.”

Congratulations to the winners and to all the teams that participated in the 2017 Final Round of the Lowell Milken Institute-Sandler Prize Competition.

Check out the 2017 Final Round Event Program for further information about the six finalist teams.